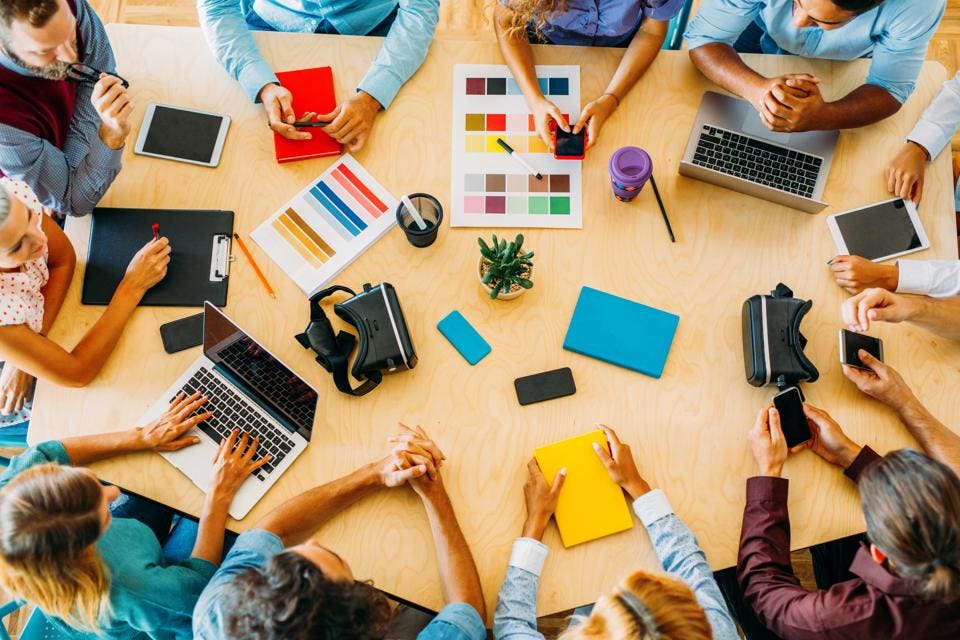 Disruption is an oft-used buzzword, typically referenced in relation to Silicon Valley tech startups that upend a traditional industry. Think Warby Parker using the direct-to-consumer business model to significantly reduce the cost of prescription glasses or Uber using its on-demand ridesharing service to make public transportation more convenient. But what does it mean to disrupt in media?

Just this March, Apple, once a leader in innovative hardware, pivoted to digital products. One of those products is News+, a subscription media service through which users can access over 300 newspapers and magazines for $9.99 a month. This gives traditional publishers a new way to monetize their readerships, but more importantly, it threatens the old model of magazine subscriptions. Why form a loyal, singular relationship with one title when you can have them all for the same price or less?

How do you disrupt?

There’s a common misconception that disruption involves reinventing the wheel and that this reinvention happens overnight. Disruption is actually a lengthy process. Disruptive companies are generally ahead of the curve, and their ideas might be so different that it takes a while for people to adapt or take their new development seriously. It takes a great deal of time to change the perspective of an entire market.

Disruption is essentially changing the way something is done and refining that process again and again until it’s taken seriously. There are three key ways to do this in media:

In media, you can disrupt the industry by forming a unique perspective on an issue that hasn’t been addressed by the competition or by the market as a whole. This starts with an idea and an in-depth analysis, and it’s really driven home through creative execution.

For example, Singapore Red Cross wanted to increase engagement for a forthcoming blood drive. Blood donations are necessary and important, but they aren’t something the general public associates with excitement or advancement. In fact, the only urgency tends to exist around natural disasters or crises. So, Singapore Red Cross changed the way it spoke about blood donations. The company used the slogan, “I’ve got _ in my blood. What’s in yours?” The campaign then filled in the blanks with phrases like “standup comedy,” “blogging” and “music,” and featured photos of young, well-known social media influencers.

The campaign tied blood donations to individual identity and to the personalized nature of social media. This generated a new conversation and resonated with a new, younger generation. Singapore Red Cross didn’t reinvent the technology for blood donations. They simply changed the way they talked about them.

Show up where people won’t expect you.

Disrupting your media strategy could be as simple as changing your channel of communication and doing something that’s unheard of in your industry.

The New York Times is one of the most celebrated newspapers in the country. Despite a heavy online presence and abundance of email newsletters, it’s a beacon of traditional journalism. To update that image and connect with audiences in a new way, the paper changed its approach through a chatbot experiment.

During the 2016 Olympic Games in Rio, deputy sports editor Sam Manchester started sending out personalized text messages to subscribers who’d opted in. The messages didn’t feel like news stories; they were constructed like texts and featured observations similar to those you’d send to a friend. They were personal and informal, and Manchester was speaking to readers in their language. Over the course of the Games, he sent out 70 texts and received a whopping 30,000 responses. Clearly, readers enjoyed the new form of connection and responded enthusiastically.

Sometimes, disrupting could mean taking an existing communication platform and using it in a fresh, new way.

Embrace the old, but do it in a new way.

The first magazine on record was published in 1663; they’ve been around for centuries. But the monthly subscription model is struggling to survive in the age of the 24-hour news cycle and ongoing digitization. Writer and columnist Roxane Gay had a novel idea — turn the magazine into an event.

In 2018, Gay created Unruly Bodies, a pop-up magazine that was hosted through online publishing platform Medium. She curated work from 24 writers and released it incrementally over the course of a month. Instead of asking readers to make a one-year commitment to her content, she created a sense of urgency by releasing it for free on a popular platform for a limited time only.

The unique approach showed that the magazine industry as a whole doesn’t have to die. It just needs to find new ways to reach readers and generate excitement.

Disruption is about innovation, but that innovation isn’t necessarily rooted in a new technology. In media, disrupting the industry is about creative thinking and execution. How can you take something that already exists and frame it in a way that no else ever has? If your company truly aims to disrupt, this is the road to take.